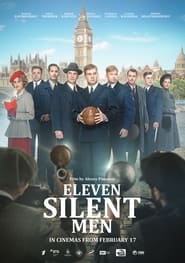 Tells about the events of November 1945 when the first Post War championship of the USSR winners, Dynamo-Moscow, went on the historic tour of Britain. Soviet football players won not only on the football fields of England. They managed to win the hearts of the English audience, transforming the view created by the Western press and propaganda about the Russian people and the Soviet country.