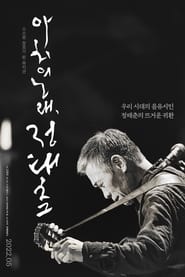 "Song of the Poet is his freedom and his soul full of sunlight, but Song of the Poet just bounces around the birdcage···." JUNG Taechoon quitted singing long ago. Song of the Poet was like a monologue from his utter despair. However, on the 40th anniversary of his debut, he again stood in front of the public. His music life is not just his story, but also ours. This music documentary gives the chronology of our times, revolving around the music and thoughts of a veteran artist who has walked his own path for 40 years without compromising with reality.