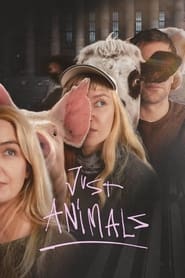 Activists have been fighting for animal rights for decades. Will they succeed in winning the battle against meat production or will the food industry be unstoppable? The film depicts the structural nature of the animal industry and the systematic abuse of power through three central characters. They fight the battle of David and Goliath against a seemingly invincible industry, ready to achieve their goals at any cost. The brutal undercover photos taken by the activists have caused a series of international scandals, but will they ultimately succeed in making a difference?